In November 2006, Croatia witnessed exceptional generosity and kindness expressed by many individuals, associations and companies, which rallied around a common goal: to return hope to the life of a young woman.

"I want life!" - wrote Ana Rukavina Erceg and moved the Croatian public. This sincere plea for help from the 29 year old Vjesnik journalist, who was undergoing treatment for leukaemia, left nobody indifferent. The campaign, "I want life!" was launched in order to help Ana purchase the expensive medicines she needed and eventually go for treatment to the United States. A great number of good people responded whole-heartedly and donated generously. Once again, Croatia showed that where there's a will, there's a way.

Despite all the efforts of the medical team, the "dear nurses" as Ana called them, despite her personal courage and her will to live, Ana left us one Sunday morning, but her words have remained as an eye-opener. They have drawn our attention to all the people around us who are also undergoing treatment for an all too common illness, prompting us to think about their families and friends who have no way of obtaining the help and support they need in these demanding and difficult moments. Ana left us with warm and happy memories, but also with the mission to do our best to reduce the number of "little bald heads" in hospitals.

In that time in Croatia, the system for voluntary bone marrow donations was not sufficiently developed and the number of donors in the existing Croatian Registry was inadequate. Before the Ana Rukavina Foundation's campaign was launched, the donors were mainly the family members of the sick. In the event that the patient can't receive bone marrow from one of their closest blood relatives, the search for a donor starts outside of Croatia. It is a lengthy procedure that may take up to six months.

At the same time, the process of tissue typing to join the Croatian Registry as a potential bone marrow donor is extremely simple and free of charge for the donor. Having given a blood sample at the Institute for tissue typing, at one of eight transfusion centers or during one of the Foundation's campaigns, you too can save someone's life.

Many citizens helped our Ana in those days. They have encouraged us to help other people who are being treated or will be treated for this malignant disease, and to offer support and information to their families and friends. Any one of us could find ourselves on the list of those in need. That is why we are inviting all the citizens of the Republic of Croatia to join the Foundation's humanitarian campaigns.

Ana's e-mail, which started to circulate at the end of 2006, showed that there is a great deal of human kindness among us. 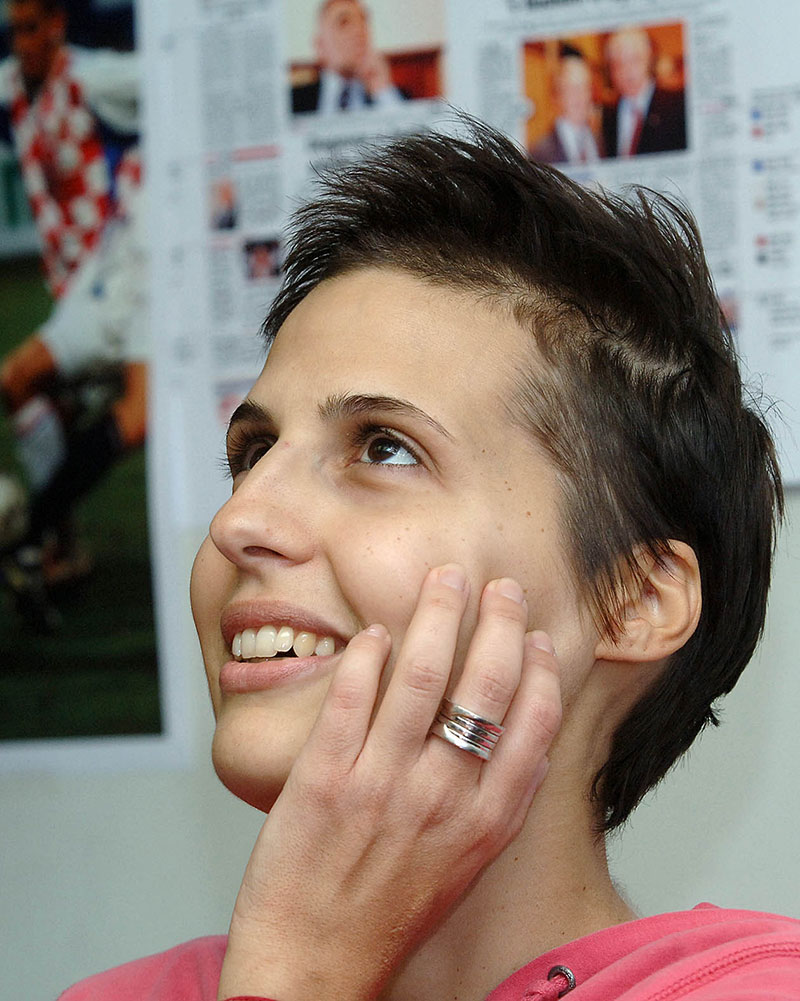 This is an email where Ana explains what she called "That's what it's All about"!

In my conversation with the medical team about the further course of treatment and bone marrow transplantation of an unrelated donor, the possibility of treatment outside of Croatia was mentioned in case a 100% identical donor could not be found. Because, the lower the percentage of genetic matching of bone marrow providers and bone marrow recipients, the risk of foreign tissue rejection is greater and complications could be fatal.

The existing Croatian bone marrow donor register is so weak that it is not worth mentioning. There are around 150 people in it, and they are patients’ closest family members. IN OTHER WORDS, CROATIA DOES NOT HAVE A DEVELOPED SYSTEM OF THE VOLUNTARY DONATION OF BONE MARROW.

IN MY CASE, WHEN LEUKEMIA WAS DISCOVERED, MY MOM AND MY SISTER WERE TESTED AND THE COSTS WERE PAID BY THE CROATIAN HEALTH INSURANCE.

To make the story even more tragic, the typing process or entry into the bone marrow donor registry cannot be simpler and it's free. You just need to give blood at the tissue typing department at Rebro, which is a ticket to a life-saving list. Giving a blood sample is free, but a problem can occur if one million people try to enter the tissue typing department all at once. They don’t have the resources to process so many people and data, and that’s why we need that action.

So, when you enter the register, it may happen that they contact you one day and ask you to be a donor for bone marrow because you are a match with some patient, and maybe there’ll never be a need for that.

Genetic matching is crucial for donating, that is, for an unrelated transplantation, and it is logical that, if in this area the genes are mixed for centuries, some Croatian is more likely to get a bone marrow from this region than from France. For example, in the United States, the Iranians give the bone marrow to Iranians, Irish to Irish, etc. The largest number of foreign donors in Croatia are currently from Germany and Austria because we have always gravitated to these countries. Germany has the most developed bone marrow donor system because each voluntary blood donor almost automatically enters the multimillion donor list.

Right now in Croatia, if you cannot get the bone marrow from one of your closest blood relatives, the usual procedure is to seek a donor out of Croatia. The search for an international donor list has to cost something, the question is how much money would the state save if it didn’t have to pay for this process every 3 to 6 months, and find the donor in the country instead.

In case I don’t find a 100% identical donor in Europe, my treatment will be resumed at the National Cancer Institute in Seattle where I would be transplanted with a smaller percentage of compatibility. My biggest wish, and we all hope for that, my family and doctors too, is to find me a donor in Europe and that with all the money we collect, and I deeply believe that it will be enough, we set up a Croatian donor list because, unfortunately, leukemia and lymphomas are not rare and unusual diseases. In the room where I lie, the beds are always filled, mostly with children and people up to 40 years who are forced into a life battle in their most productive period.

It's never too late to start a good thing, just finally make it start. By chance, my letter provoked empathy with a large number of people and perhaps prompted them to understand how important that registry is. It can save a lot more people than one journalist. Sometimes great things go quite spontaneously and accidentally, and from an innocent mail, an avalanche occurs. Action by the Croatian Association of Leukemia and Lymphoma will commence in 2007 anyway, but by donating money now, we can significantly accelerate the whole story, and that’s why we need to use all of the media attention right away, explain to the public how the whole thing is actually simple and necessary, and gather lots and lots of coins.

The stem cell bank where new moms could keep stem cells from the umbilical core, which is currently being thrown in Croatia except in cases of some serious illness, is just a logical continuation of establishing the registry. The registry is, therefore, a list, and does not require any storage of cells, which is not the case with a bank. Otherwise, stem cells are currently used to successfully treat around 40 diseases, ranging from infarct to pancreas regeneration.