A total of 162 citizens joined the Registry of voluntary hematopoietic stem cell donors at the two actions that were held on Thursday, May 23rd in Knin.

The first one was carried out in cooperation with the Ministry of Defense of the Republic of Croatia (MORH) for the staff at the barracks “Kralj Zvonimir”, and had a turnout of 97 potential donors, while a total of 65 potential donors joined the Registry at the other action, which was held at the Tourist Board of the City of Knin in cooperation with the municipal branch of the Red Cross Knin.

By donating blood at the actions to join the Registry which are organized by the Ana Rukavina Foundation, citizens support the mission of the Foundation, which is to expand the Registry and so continue saving the lives of people around the world. 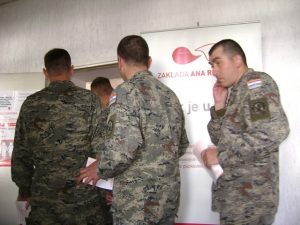 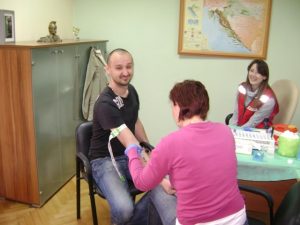 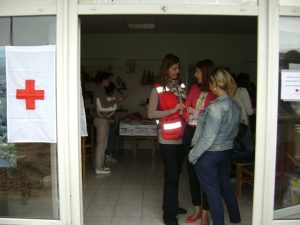 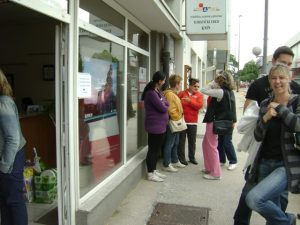 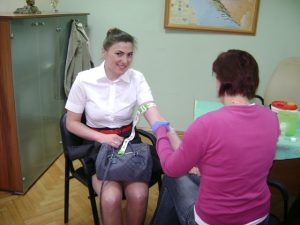 We are sincerely grateful to all the staff at the barracks “Kralj Zvonimir”, as well as Major Zoran Jurišić for helping organize the action. We would also like to thank the municipal branch of the Red Cross Knin, which is headed by Director Mrs. Anđelka Balić, as well as all the medical personnel in the Emergency Room at the General Hospital “Hrvatski Ponos” in Knin for their help in taking blood samples for the Registry. Of course, we are also thankful to all the young people who joined the Registry.