Dear friends, on today’s action to join the Croatian Bone Marrow Donor Registry at the Police Academy in Zagreb, a total of 48 potential donors joined the Registry.

This was our 4th action in cooperation with the Police Academy and we are delighted by the fact that almost 300 young recruits from the Academy have answered the call that can save someone’s life.

We were invited to organize this action by Mrs. Maja Krajcar, shift leader at the Police Academy and Mrs. Mirjana Ciboci, police officer from Novska and donor of hematopoietic stem cells.
Mrs. Mirjana Ciboci also spoke about her experiences as a donor of hematopoietic stem cells. Her stem cells were given to a patient in the Czech Republic. Mrs. Ankica Begić shared with the attendees her unusual and inspirational story about getting her chance at treatment thanks to a Native American from the Comanche tribe.
In order for the potential donors to better understand the basics of joining the Registry and the procedure for donating, a short presentation was given by Dr. Neven Vucelić from the Croatian registry. 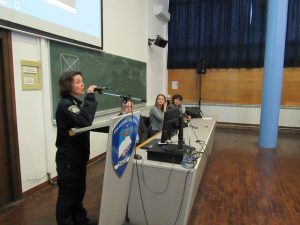 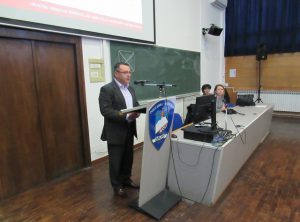 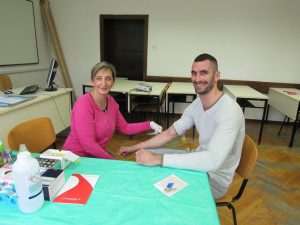 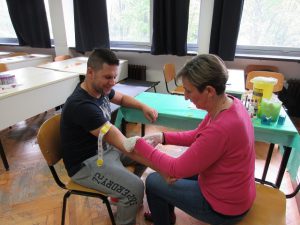 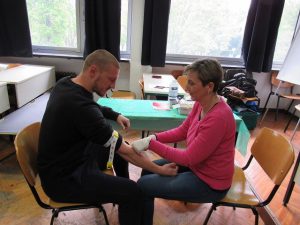 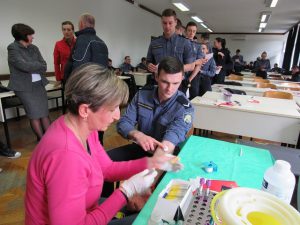 We are grateful to the future young forces of the Croatian police who by adding their names to the Registry joined more than 51,000 other people who have already joined the Registry so that they can help those who need it the most.

We would also like to thank Mrs. Maja Krajcar and Mrs. Mirjana Ciboci for their help in the organization and Mr. Želimir Radmilović, the head of the Police Academy, for supporting this action.